This page is dedicated to the small Jewish community of Kadoma (formerly Gattoma) which existed for some 50 years from the 1930s through to early 1980s.  We also have references to the Kwe Kwe (Que Que) and Gweru (Gwelo) communities (Editor – material to be added).

In the early 1900s Jews began to settle in and around Gatooma (Kadoma), and over the years more families took up residence until by the late 1930s, there were about  25 to 30 families in Gatooma, Eiffel Flats and surrounding districts. No congregation had been formed, but laymen conducted services over the High Festivals in private homes. In 1939, Rosh Hashanah and Yom Kippur services were conducted by a recently arrived refugee from Nazi Germany, Mr Robert Stemberg, who worked for Mr B. S. Leon, a prominent businessman. In August, 1944, the Rev. Dr Levin, Minister of the Bulawayo Congregation, addressed a gathering at the Women’s Institute resulting in the formation of the Gatooma Hebrew Congregation.

A provisional committee was set up under the chairmanship of Mr M P Vallentine with Mr Stemberg as honorary secretary. Other committee members were Sam Hasson, Jack Hasson, Solomon Chimowitz and Israel Braude.

A service to commemorate the fifth anniversary of the outbreak of World War II was conducted by Mr Stemberg at the Royalty Cinema, owned by Mr Joseph Burke, who also owned the town’s only newspaper; and in 1945, the Gatooma Congregation was finally created, the president being Mr Vallentine, secretary Mr Stemberg, and a committee including Messrs M Franco, Ezra Hasson, Jack Hasson and Israel Braude.

A new Ark was built and services were now being held on all festivals using such venues as the Women’s Institute Hall, the old Dutch Reformed church hall and private homes. In January 1948, the late Rev. M Yesorsky of Bulawayo together with the President of the Que Que Hebrew Congregation discussed the necessity for Jewish education and Mr Stemberg started Hebrew lessons.

In 1950, the Chief Rabbi of the British Empire, the Very Rev. Israel Brodie, came to Southern Rhodesia and the municipality gave a civic luncheon at Specks Hotel in his honour. At the reception, the Chief Rabbi appealed for the building of a synagogue and numerous pledges were made.

The synagogue was consecrated in 1953 with all three Southern Rhodesian Rabbis taking part in the service—Rabbi Konviser, Rabbi Yesorsky and Rabbi Papo.

The video clips were taken by the late Siggi Weber z”l who was an avid photographer and these images provide unique visual records of the Kadoma community from the 1950s including the opening of the small Synagogue in that town in 1953. We thank his daughter Sophie Codron for providing this material.

Most of the images on the right are from Benny Leon for whom we are forever grateful.

Draft list of Jewish personalities that lived in Gwelo, Rhodesia, and subsequently in Gweru, Zimbabwe – contributed by Clive Shiff October 2011

Families listed below are invited to write short biographies and provide pictures. Please send to the editor

Diana Polisensky has an extensive BLOG called “Once called Home” on the life in Kwe Kwe when she was growing up. See – this link

She has written a few books on the subject including : Whitewashed Jacarandas: Book One: The Umzimtuti Series

Summary: Hope looms in a vast land wide open with possibilities… Dr. Sunny Rubenstein travels the night train through the black void of Africa to check out his 51st job prospect on the rich Cheetah Gold Mine. Along the way he hears that the mine might be running out. But the appendage to it, Umzimtuti, the smallest municipality in the world, could be big—even King George VI will stop off for tea on his Victory Tour on the Royal White Train. 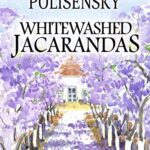 In the below clips we have the following scenes from Kadoma (Gatooma) originally filmed in 8mm by Siggi Weber z”l.

Introductory clip refers to the Jewish Community’s activities as well as involvement in the town’s social and municipal institutions.
Clip with councillors – J Burke and R Sternberg – both became mayors of Gatooma.
Clip showing some newspaper clippings describing Gatooma Congregational and Zionist activities (WIZO, UJW, Magen David Adom).
This clip this shows the introduction of Habonim to Gatooma in the early 1950s…folk dancing and other games.
Local children from the Gatooma community join Habonim . Scenes from the building site of the Gatooma Shul.
Film showing the opening of the Gatooma Shul on 16th August 1953. Shows Rabbis M Konviser, Papo and Reverand Yesorsky plus heads of the local community Jacob Hasson, R Sternberg, J Burke and heads of the Salisbury Communities, Lionel Harris, Dr I R Rosin and others including Cecil Jacobs.
A short scene of Queen Elizabeth School and Salisbury Airport – circa 1950s.
Scenes of a service at the Gatooma Shul with Rabbi Konviser in attendance, Mr R Sternberg, Gerald Rosin, Harold Gollop and many members of the Gatooma Jewish Community. Circa mid 1950s.