Source : Obituary in the CAZO Digest

The Zionist Digest sadly records the passing of Mr. A. I. Menashe one of its staunchest members and hard worker, who died in Israel on 12th of December, 2001.

The following is an outline of his life and community service, contributed by his son Isaac in July last year.

On the 26th June 2001 Albert Menashe, past President of the Sephardi Hebrew Congregation of Zimbabwe, celebrated his 90th birthday in Haifa with family and friends.

Albert, who is known for his dedication to the Jewish community in Zimbabwe, has been living in Israel since 1984 when he attained his life long dream to live in the land of our ancestors.

Albert came to Zimbabwe from Rodis in 1926 at the age of 15 and initially stayed in Kwekwe with his uncle Aaron Menashe. Albert’s father, Isaac, died at an early age and left behind a wife, Reina, and five sons. Reina had great difficulty in raising the 5 boys on her own, the eldest of whom was Albert, who at the time was only 11 years old. When Albert arrived in Kwekwe he was dispatched to school the very next day. He did not remain at school long as the economics of the day didn’t permit such luxuries. Albert initially worked for his uncle before setting up his first business at the age of 18. During his first few years in Zimbabwe, Albert recalls earning a salary of 30 shillings a month, twenty of which he sent to his mother back in Rodis.

He married Vida Menashe (no blood relation) in 1935 at the Specks Hotel in Kadoma. They moved to Harare in 1946, where they lived in the “rural” suburb of Highlands before moving to Milton Park in 1950. Albert and Vida had four children – Renee, Sarah, Pearl and Isaac.

“A One”- President and Treasurer

Albert Isaac Menashe, affectionately known by most as “A One”, served as President of the Sephardi Congregation in 1951-52, 1956-58, and in 1960-63. This period was known as the “Golden Age” of the Sephardi community when the number of congregants was at its highest. “A One” was instrumental in the establishment of the Sha’are Shalom Synagogue, the Rhodes Memorial Hall and the Samuel Leon Hebrew School during this period. He also served as the Treasurer of the Congregation for many years, and holds the title of Honorary Life Treasurer.

“A One” was involved in the activities of the Jewish Community in Zimbabwe for over 40 years. Apart from his significant contribution to the Sephardi Congregation, Albert was also very active in the Central African Zionist Organisation (CAZO). He was the chairman of CAZO’s Israeli Appeal Campaign for five years. He subsequently was CAZO treasurer for very many years, and in 1982 was elected as an Honorary Life Vice President of CAZO in recognition of his outstanding services to the Zionist cause.

In addition, Albert was also a very keen mason and through his association with the masonry contributed to the community at large. “A One” was also an active member of the Hebrew Order of David and served as its treasurer for several years.

His wife, Vida passed away in September 1983, after being married for 48 years. Albert lived in the Beit Avot Sephardi in Haifa for 11 years.

His children Sarah, Pearl and Isaac all live in Israel, while Renee lives in Los Angeles. All four children were together with Albert when he celebrated his 90th recently. Albert has nine grandchildren and five great-grandchildren.

The gallery below shows A I Menashe in his many roles as a community leader. 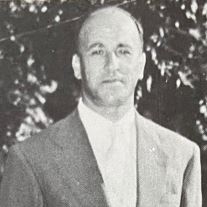 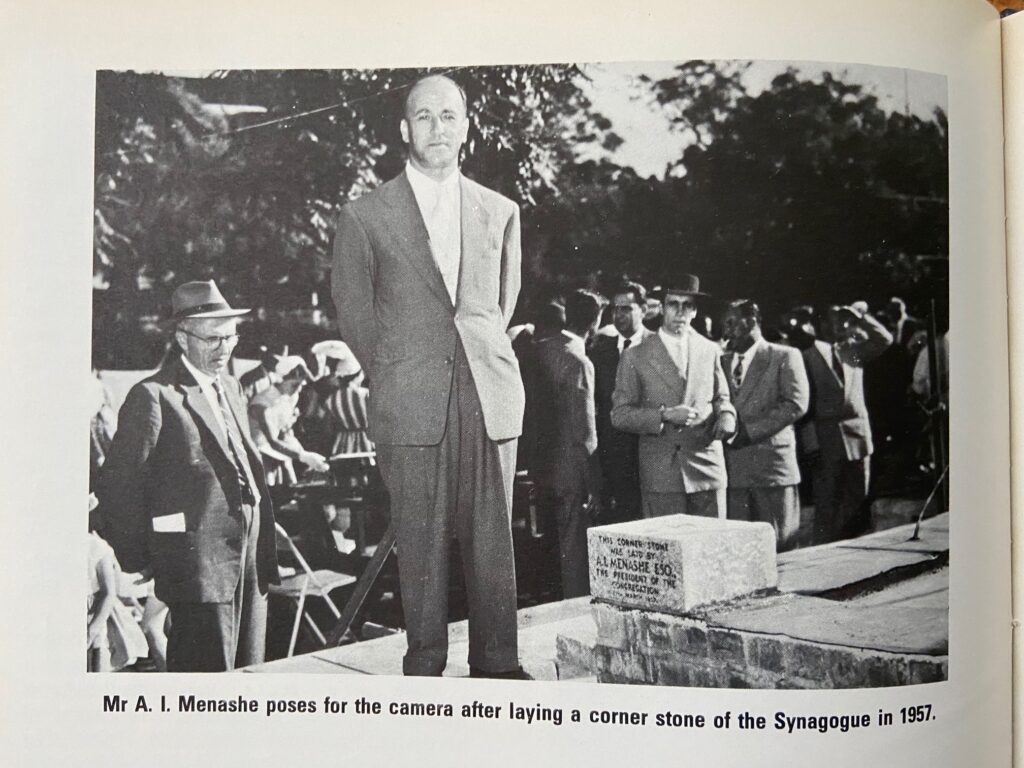